Sigma Kappa is committed to improving the environment. Improvements can happen every day through purposeful actions and choices that, collectively, make a significant impact on the overall health of our planet. This national service project provides the opportunity for collegians, alumnae and citizens to work together to improve local environments.  Learning about your individual consumption of environmental resources can influence your daily habits and change your approach to improving the environment. Determine the impact you have – positive or negative – on the world around you. 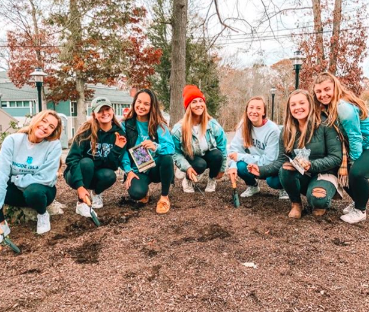 In 1954, Sigma Kappa became the first sorority to recognize the need for continued comprehensive work on the study of aging and the needs of the elderly population; responding to an increasingly critical problem facing older Americans, Sigma Kappa added an emphasis on Alzheimer’s disease to its gerontology program in 1984.  Members provide service and companionship to the elderly in their local communities as part of Sigma Kappa’s philanthropic interest in gerontology.

The 1918 convention chose the Maine Sea Coast Mission as Sigma Kappa Sorority’s first national philanthropy in honor of Sigma Kappa’s foundingin Maine and the early Sigma Kappa members who volunteered their time in support of this missionary society. Through annual contributions from Sigma Kappa chapters and members, the Sigma Kappa Foundation provides funds to the Maine Sea Coast Mission in support for the mission’s Christmas program, emergency relief program, and scholarships.  The Christmas program provides gifts to needy families during the holiday season. Many families benefit from the emergency relief program which provides assistance with food, clothing, shelter and medical needs. The scholarship program benefits young men and women from the islands who might not otherwise have the opportunity to pursue educational opportunities beyond high school.  With the help of the 75-foot mission vessel Sunbeam V, direct programs and services include church and pastoral work, assistance to those in sickness and poverty, financial aid, food banks, recycled clothing shops, crisis intervention, youth programs, and ministries in the field. The Mission serves the islands along the coast of Maine. 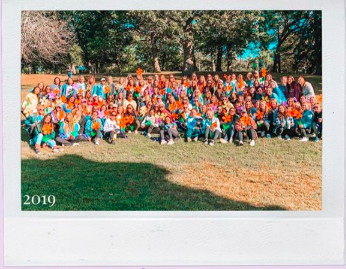